Fish eaters take note, especially Sushi lovers. What you’re eating may NOT be tuna. Although this article covers the American market, I suspect the same deception happens world-wide.

Below is a copy of The Atlantic article.

The Atlantic
By Christopher Mims
Feb 22 2013

“Nonprofit ocean protection group Oceana took 1,215 samples of fish from across the United States and genetically tested them in order to bring us the following astonishing facts:
• “59% of the fish labeled “tuna” sold at restaurants and grocery stores in the US is not tuna.
• “Sushi restaurants were far more likely to mislabel their fish than grocery stores or other restaurants.” 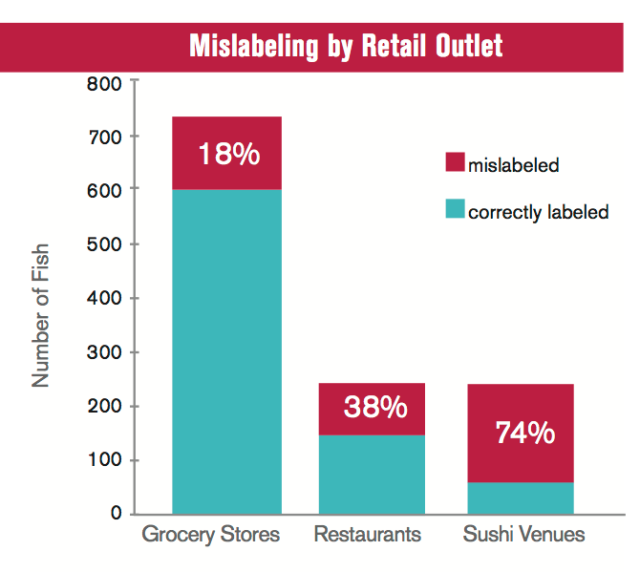 “What’s for dinner at your local sushi joint? Pretty much anything but what’s on the menu. Oceana”

• “The only fish more likely to be misrepresented than tuna was snapper, which was mislabeled 87% of the time, and was in actuality any of six different species.

“If you’ve ever wondered why the sushi in the display case is so affordable, given the
dire state of the world’s tuna supply, well, now you know.”

Japan and Italy have banned it. Canada, Sweden and Denmark allow its importation but require warning labels.

Also, serving sizes less than six ounces should not cause embarrassing distress. However, nothing was said about body size so take six ounces with a grain of salt (no pun intended).

I have a bit of financial experience having invested in stocks in the 1960s & 70s, commodities in the 80s & commercial real estate in the 90s (I sold in 2005.) I am appalled at our rapidly deteriorating global condition so I've written articles for family, friends & colleagues since 2007; warning them and doing my best to explain what's happening, what we can expect in the future and what you can do to prepare and mitigate the worst of the economic, social, political and nuclear fallout. As a public service in 2010 I decided to create a blog accessible to a larger number of people because I believe that knowledge not shared is wasted.
View all posts by gerold →
This entry was posted in Hints and Tips and tagged anal leakage, Escolar, king tuna, sushi, sushi lovers, sushi restaurants, The Atlantic, Tuna. Bookmark the permalink.