This is Your Brain on TV

Many times I’ve admonished my readers to abandon their TV’s and get a life because the boob-tube is a stealth brain-killer. Finally, I have the facts to prove it.

After years of yelling at the stupid thing, I trashed my TV in 1988. Withdrawal wasn’t painful. TV-watching is a habit, not addictive and habits can be broken. Re-emergence into the real world was not immediate. It took time to realize I was slowly distancing myself from my brain-addled compatriots.

Regular readers know I don’t pull my punches and that political correctness disgusts me. That’s a warning. Here goes:

There are two kinds of people in this world: those who separate people into two kinds and those who don’t. I do. I do so because stark contrasts are often very instructive.

Hey, I warned you didn’t I?

Around the water-cooler at the office I’m sometimes asked “if I watch …” and no sooner do I hear the word ‘watch’ and I respond that no, I do NOT watch. I have a life; I do things. I let losers watch other people. Most people immediately go on the defensive. They say they don’t watch much TV; well not a lot; well not all the time and then they try to justify their insidious habit with a litany of great TV shows I’m supposedly missing.

I don’t care if it’s the so-called news, or the History Channel, or National Geographic, or Myth-Busters or whatever. It’s all junk; it’s garbage, it’s all propaganda and it’s rotting what’s left of your feeble mind. That’s why we call it the boob-tube. Did you ever wonder why the industry itself calls it ‘programming’? The best place to hide something is out in the open.

Let’s take the History Channel as an example of pure propaganda. Ann Medina introduces Hollywood war movies showing the Americans winning World War II. I have news for you. The Americans haven’t won a real war since the Spanish-American War of 1898. That was more than a century ago.

Russia was instrumental in winning World War II and probably could have defeated Hitler without the allies albeit at a much higher cost in lives and time, and it would have taken Russia much longer to recover. The Russians sacrificed more than 20 million people to bleed the Nazis dry. About 8 million of those deaths were Russian soldiers or about 20 times the soldiers the allies lost. By the time the Americans entered near the end of the war, it was pretty much a mop-up exercise compared to the Russian “Patriotic War” effort.

This does not diminish the Amerikan role as a supplier of munitions and material to the Russians. However, in terms of militarily effectiveness, the Allies were still struggling to get off the beaches of Normandy when Russia drove the Germans out of Russia and were already well on their way to capturing the Eastern half of Europe.

In the ass media, Americans have been winning WW II for more than six decades. As explained above, it’s all bullshit. So much for the History Channel!

Propaganda is but one of TV’s insidious effects on your brain. Although the Nielsen Company announced the number of American households with TV’s declined to 96.7 percent from 98.9 percent, it does not account for internet substitution. The amount of time people spend watching the boob-tube is still appalling. The Daily News reports that Americans over the age of two spend 34 hours a week watching TV and the “amount of time watching shows via DVR has doubled, and that game-console viewing is growing…[and ] As in years past, we watch more TV as we get older.”

The ass media coverage of everything from news to politics as well as the weather is a joke. Even sports with its false hero adoration is a primitive form of tribalism. “Whether it’s drunken soccer hooligans in Glasgow

or Israeli Jewish fans who are so racist that they boo their own team’s Muslim players whenever they score goals, sports can strengthen the chauvinism inherent in more nationalistic societies.” Some even call it a form of religion.

It gets worse. The U.S. Supreme Court ruled that the price of a ticket to a sporting event entitles you only to entertainment. They did NOT rule on fairness, adherence to rules or whether the game was staged or rigged. Everybody but a complete dummy realizes Pro Wrestling is staged. But, did you ever wonder why Bronco’s quarterback Peyton Manning conveniently forgot how to throw a football during the last Stupor Bowel?

It’s not surprising that James Hall writes that our society is, “populated with marginally functional and enthusiastic compliant serfs.” 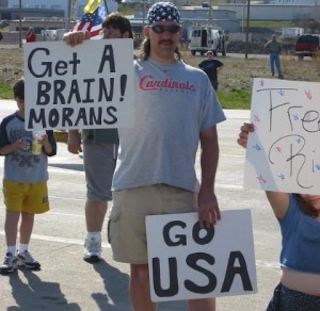 Mind Control Theories and Techniques used by Mass Media is an excellent analysis of the ass media as “the most powerful tool used by the ruling class to manipulate the masses. It shapes and molds opinions and attitudes and defines what is normal and acceptable. This article looks at the workings of mass media through the theories of its major thinkers, its power structure and the techniques it uses, in order to understand its true role in society.”

However, the worst aspect of ass media propaganda is its mind control. Herbert Krugman conducted a series of experiments on the effect of television on a person’s brainwaves that are very startling.

First, you need to understand the difference between the brain’s alpha and beta states. Melisa Melton says that ‘Beta’ is a normal state where the brain is fully awake. On the other hand, the ‘Alpha’ waves “are experienced in a deep relaxation or ‘daydreaming’ state. When in the Alpha state, a person is subjected to a passive learning experience with the right [emotional] side of the brain at the wheel, leaving critical thinking skills behind [in the left brain].”

“Krugman monitored a person through many trials and found that in less than one minute of television viewing, the person’s brainwaves switched from Beta waves — brainwaves associated with active, logical thought — to primarily Alpha waves. When the subject stopped watching television and began reading a magazine, the brainwaves reverted to Beta waves.”

In other words, TV induces an ‘Alpha’ state where the brain is on auto-pilot, incapable of using critical thinking skills; a brain state associated with suggestibility.

Furthermore, Wes Moore writes that the brain switches from the left to the right hemisphere when we watch TV. “The right hemisphere is twice as active as the left, a neurological anomaly. The crossover from left to right releases a surge of the body’s natural opiates: endorphins, which include beta-endorphins and enkephalins. Endorphins are structurally identical to opium and its derivatives (morphine, codeine, heroin, etc.).”

He says that, “watching a lot of TV is like undressing your mind and submerging it into a bath of negative energy. TV effectively numbs the left side of your brain and renders you helpless to your right brain which is incapable of decoding and critically analyzing the information being presented to you.”

Many of us think that we forget most of the advertisements we see on TV. Moore says “the public comes closer to forgetting nothing they have seen on TV. They just ‘put it out of their minds’ until and unless it has some use… and [then] the response to the commercial continues.” In other words, “once you have experienced something on television, your brain is effectively desensitized to it and you remember what you have seen forever.”

Moore concludes that, “In addition to its devastating neurological effects, television can be harmful to your sense of self-worth, your perception of your environment, and your physical health. Recent surveys have shown that 75% of American women think they are overweight, likely the result of watching chronically thin actresses and models four hours a day.

“Television has also spawned a “culture of fear” in the U.S. and beyond, with its focus on the limbic brain-friendly sensationalism of violent programming. Studies have shown that people of all generations greatly overestimate the threat of violence in real life. This is no shock because their brains cannot discern reality from fiction while watching TV.

“Television is bad for your body as well. Obesity, sleep deprivation, and stunted sensory development are all common among television addicts.”

TV’s affect on children is even worse. The Daily Mail reports on a study titled Children who watch three hours of TV a day could be left ‘educationally stunted and prone to bullying’. The study found that, “after two hours of viewing, every extra hour of TV has the potential to harm a child’s development, both physically and socially. They have poorer vocabulary, maths skills and attention span. Too much TV also leaves them physically weaker, researchers warn.”

So, is there a way to stop this? Yes, there is. Turn off your stupid TV and read a book or magazine or the back of a cereal box. Does this mean you should never watch TV? No, never say never. It means you should watch a lot LESS TV because the more you watch the more damage it does by turning you into a though-controlled robot; one controlled by someone else to accomplish their agenda, not yours.

I never replaced my TV because for two reasons. First, the bit I do watch away from home shows me it’s even dumber now than it was 26 years ago. It’s much more difficult for a regular watcher to notice the gradual slide into ever increasing dumbness. Second, I understand my strengths and weaknesses and I know all too well how easy it is to come home at the end of the day, put my feet up, turn on the TV and descend into a vegetative, blissful stupor. It’s the path of least resistance. It’s the path most people take.

By the way, there’s no reason to think that internet movies or YouTube videos has any different affect on your brain than TV. That’s why I limit the amount of videos I include in my articles. Because they can’t be trusted nor can you be trusted to critically analyze them. I use them more as examples than instruction.

Now do you see why I keep admonishing you to get rid of your boob-tube? Or, do you like being a serf?

I have a bit of financial experience having invested in stocks in the 1960s & 70s, commodities in the 80s & commercial real estate in the 90s (I sold in 2005.) I'm back in stocks. I am appalled at our rapidly deteriorating global condition so I've written articles for family, friends & colleagues since 2007; warning them and doing my best to explain what's happening, what we can expect in the future and what you can do to prepare and mitigate the worst of the economic, social, political and nuclear fallout. As a public service in 2010 I decided to create a blog accessible to a larger number of people because I believe that knowledge not shared is wasted.
View all posts by gerold →
This entry was posted in Biases, News & Views and tagged alpha waves, beta waves, boob-tube, Herbert Krugman, History Channel, Melisa Melton, propaganda, Russia won WW II, sports rigged, This is Your Brain on TV, TV, Wes Moore. Bookmark the permalink.

17 Responses to This is Your Brain on TV